I don’t think I’ve ever had a thread on Pappy, but if I have feel free to merge them.

Yesterday (Tuesday) Pappy was his fine normal self. He got hay, pellets and water before my daughter left at 9pm. My husband and I then sat down to watch a movie. When the movie was done and I got up from my chair they all went crazy wheeking for bedtime veggies. I went over to give them a quick pet before getting veg. Pappy half dragged his back legs and his head was bobbling around. He fell over a couple times and seemed very confused.

I got him out and cuddled him. Crying of course. He is almost 7 years old but has never had any problems. We took him to the ER VET. He was still trying to eat and still pooping and peeing. Nothing obvious wrong with him. No ear infection. Nothing. Slightly low temp and the symptoms I described but nothing else.

Vet said is definitely neurological but that could be from some type of infection or a structural issue. Since he wasn’t showing signs of pain and was still peeing pooping and eating we decide to try antibiotics and anti inflammatories. After having had two doses of each he seem slightly improved, which gives me hope.

I was wondering if this sounds familiar to anyone. Stroke? Seizure? Infection? Tumor? Any ideas? Thanks in advance for your help!! 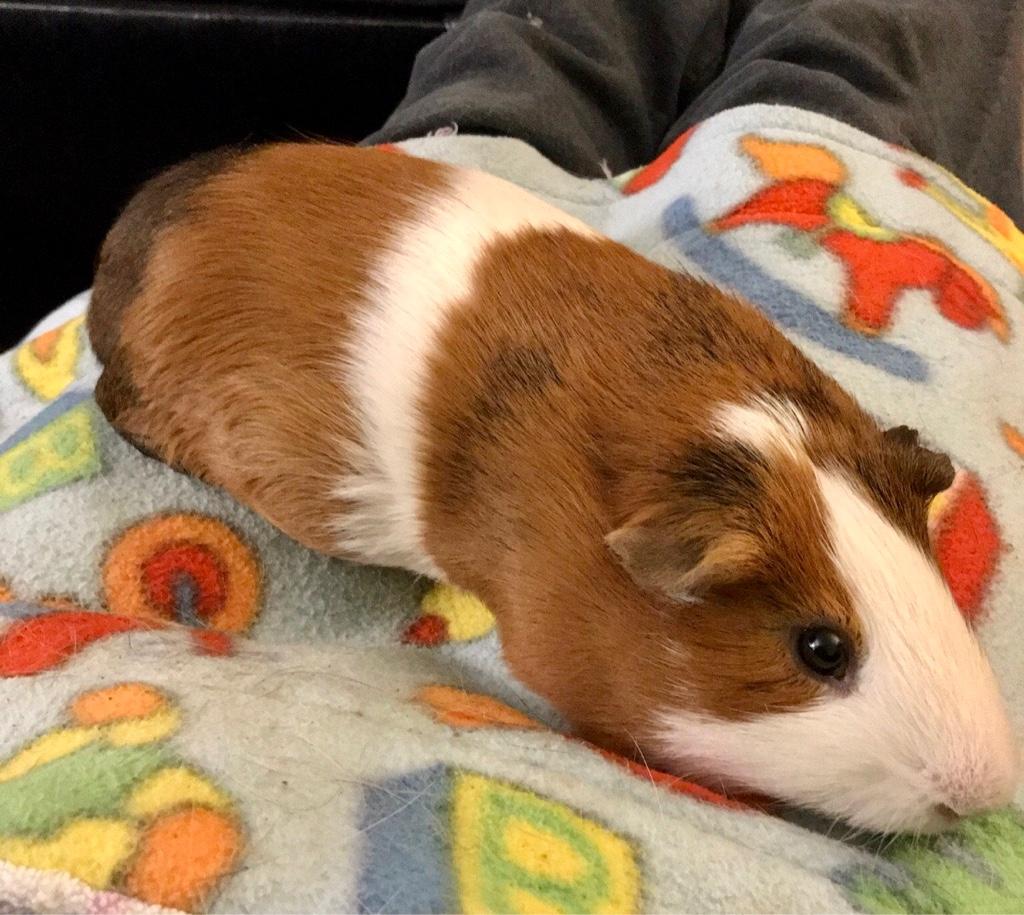 Did the vet take X-rays? They may show if there is a tumor pressing on the brain or on the nerves.

It does sound neurological, but given the state of diagnostics in the guinea pig world, there's probably no affordable way to know what the problem is.

If he's still eating, feed him. That will be the most important thing to do.

I had a pig with a similar issue (no leg involvement). She definitely wanted to eat, so I held her and fed her hay and veggies. She slowly improved, and within 2-3 days was back to normal and never had another episode.

But at 7, he's definitely a senior pig, and it's possible he's had a stroke. If he were mine, I'd feed him anything he wanted, make sure he's happy, and let him go when the time comes.

I’m so sorry I never replied to this after you, [MENTION=13820]bpatters[/MENTION] and you, @spydoc were both kind enough to reply. I never got the notifications and this went sideways so fast.

The end of the story, unfortunately, was that Pappy seemed a lot better for the next two days, and I thought it was going to be ok, but it wasn’t. I went in at 5pm to give him treats and he was happy and wheeking. I went back in at 7pm to give meds and show my friend how much better he was doing, and he was laying on his side barely breathing. We all cuddled him until he passed. It felt like forever. It was the first time I had ever held a pet that was dying. It was too much like watching my Dad die and it broke me for quite a while. Hence I never got back on here to post the end. I’m sorry about that. I appreciate that you both replied. Truly.

Welcome back! Sorry it has to be under these circumstances, but it's nice to have you among us again.

I suspect that I replied because I had a not-so-senior cavy have a couple of seizures (and an undiagnosed abdominal growth) to go along with his elongated tooth roots that caused him to be subjected to repeat molar plannings until his little body just could not take any more. He died in my arms after the last dental episode. We've buried more cavies than anyone I know with the possible exception of @GuineaPigPapa.

Their little bodies are so fragile and yet so resilient at the same time. And, sometimes despite the best care that we can possibly give them, genetics plays its part in shortening their lives. Repeat episodes have taught me to love and cherish the time that we have together. And like @bpatters suggests, we knew that Chester had just about used up most of his nine lives and fed him whatever he wanted to eat regardless of whether it was good for him or not. He loved ground beef, ice cream, eggs, and other "people food" and we fed him just about anything that he would eat in order to put/keep weight on him.

I made so sorry about Pappy. He obviously was a special pig and although it was difficult for you, he was so fortunate to be loved and held as he passed. My condolences.
You must log in or register to reply here.